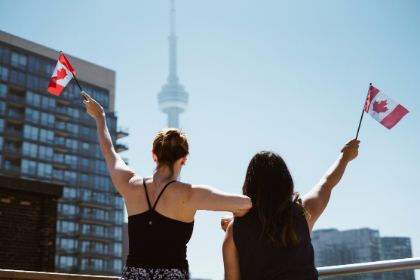 Lately, there has been much media hype about the Canadian economy, and the data seems to suggest we are certainly experiencing growth. However, one pressing question remains – how much of this growth will actually be felt by the average Canadian? Recently, the Canadian Payroll Association conducted a survey and here are some of the recent findings:

– 47% of those surveyed feel that they would not be able to fulfill their financial obligations if their pay was delayed by one week. That percentage increased to 55% for people in their 30’s.

– 41% of Canadian workers claim that their expenses exceed their net income.

– 42% of respondents said they are only able to save 5% of their income. To put this into perspective, good financial practice dictates you should aim to save at least 10% of your take home pay.

– 22% of respondents claimed they would struggle to put together $2000 in the event of an emergency expense.

– 94% of all Canadians live with some form of debt. This number is extremely high because it also takes mortgages into account. However 31% of the people in this category reported an increase in their debt load from the previous year – this is something that is particularly alarming.

– 46% of all Canadians are now reporting the need to work longer as a result of earning less and incurring additional expenses.

These statistics are alarming to say the least, and are cause for concern especially during a rising rate environment. Canadian consumer debt is a particular area of concern, and these high debt levels are indicative of the fragility of the average consumer in this country. The data coming out of Canada seems to be fairly optimistic on the surface, but I think it is best to interpret the data with a fair bit of caution. I suspect raising interest rates too drastically could have unintended consequences in the years to come.